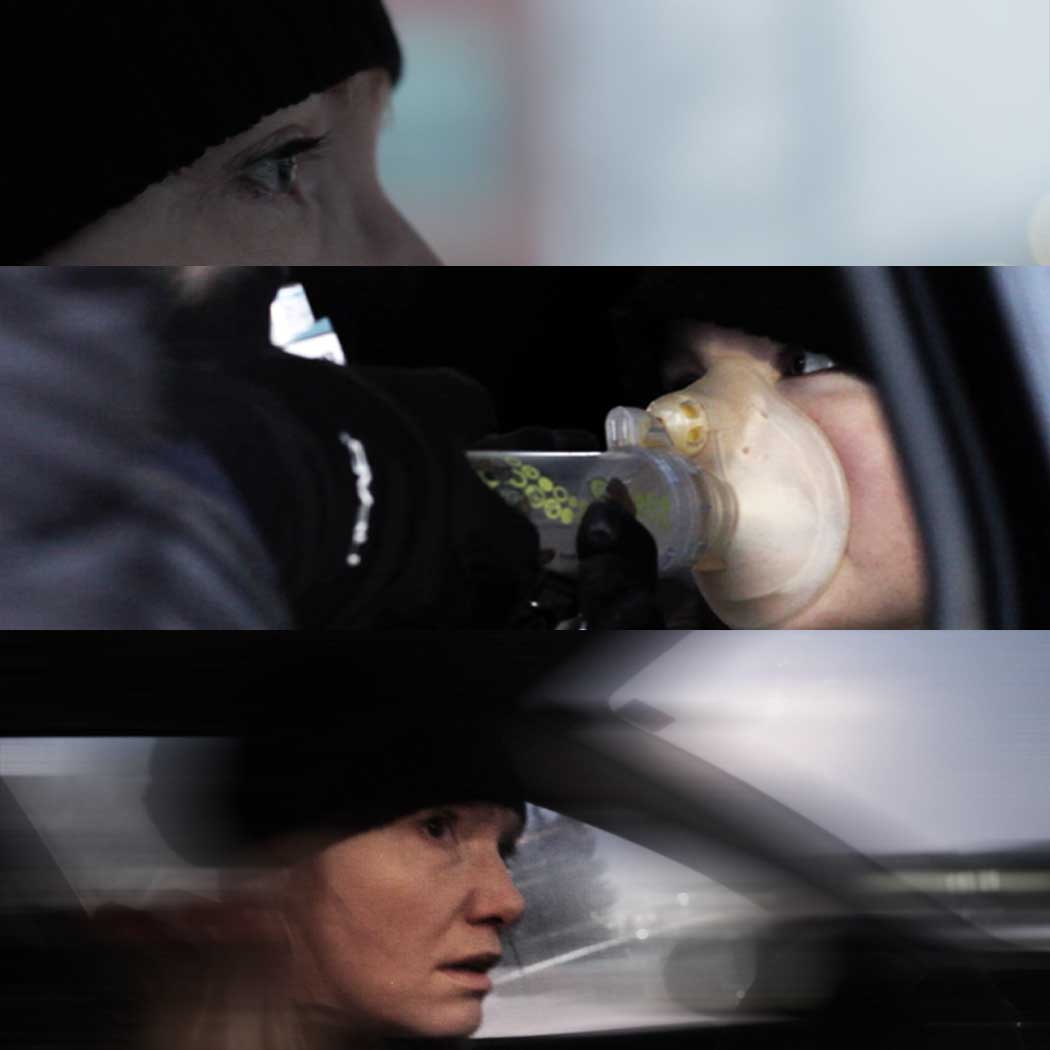 Petro-Mama: Mothering in a Crude World, a short film inspired by a creative non-fiction piece of the same name by Sheena Wilson, explores the distress of a mother rushing her sick preschooler to the doctor against the backdrop of congested traffic in an oil refinery community.

Petro-Mama links the personal with the political. In a tense and evocative moment, the film parallels a mother’s desperation as she deals with her young son’s acute respiratory attack, with our collective suffocation in a culture defined by oil production and a boom-and-bust economy.

Concerned with our environmental future, the academic mother in the story provokes viewers to question how this storied instance links local and private experiences to social, political, economic, and environmental futures that we must together begin to imagine, when the film comes to an end.

This film was made possible through the generous support of the Bureau de la recherche at Campus Saint-Jean,and the University of Alberta’s President’s Fund for the Creative and Performing Arts.

Petro-Mama premiered at the historic Garneau Theatre on Friday May 13th, 4pm as part of the colloquium, Mapping the Maternal: Art, Ethics, and the Anthropocene (May 11-14, 2016). Admission free. For more information on the film screening or any other events, please see: newmaternalisms.com

For more information and articles see: