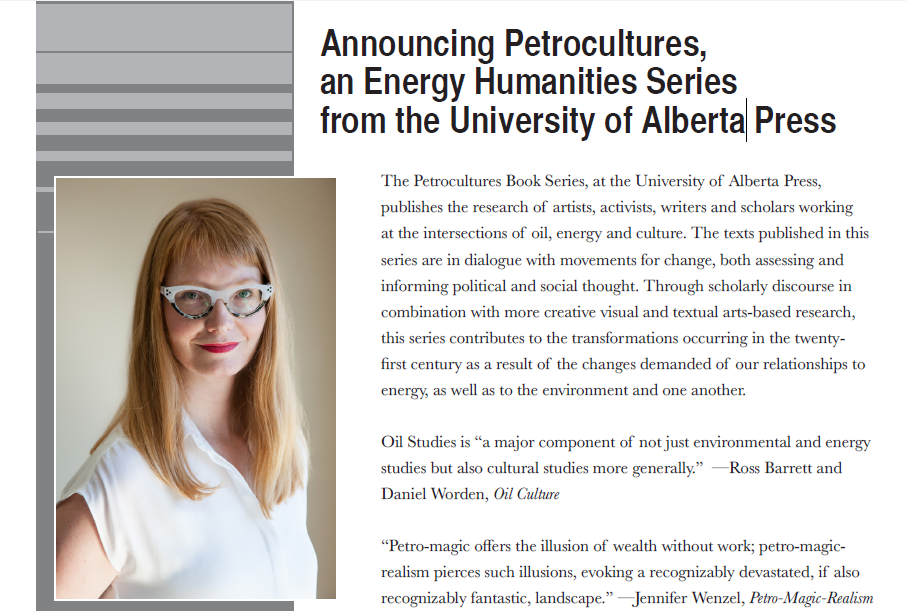 The Petrocultures Book Series, at the University of Alberta Press, publishes the research of artists, activists, writers and scholars working at the intersections of oil, energy and culture. The texts published in this series are in dialogue with movements for change, both assessing and informing political and social thought. Through scholarly discourse in combination with more creative visual and textual arts-based research, this series contributes to the transformations occurring in the twentyfirst century as a result of the changes demanded of our relationships to energy, as well as to the environment and one another.